The article on processing our emotions, touched on the topic of love addiction. The concept of Intermittent Reinforcement helps to explain why relationships with a narcissist are often addictive in their nature.

Intermittent Reinforcement is a term that originated from B.F. Skinner’s theories on Operant Conditioning and Behaviourism. Skinner carried out studies with rats. When the rats pressed a lever, they were rewarded with food each time (Continuous Reinforcement). After a while, the researchers changed the parameters of the experiment. The rats were rewarded with food in an unpredictable pattern. Sometimes pressing the lever would reward them with food, and other times it would not.  The pattern was completely random, so the rats could not predict whether they would receive the reward or not. The result of this was that the rats became obsessed with pressing the lever! After a while, the researchers changed the set up again so that there was no reward at any time when the rats pressed the lever. They were expecting that the rats would give up pressing the lever. However the opposite occurred. The rats continued to press the lever obsessively, even neglecting their own hygiene and other needs. 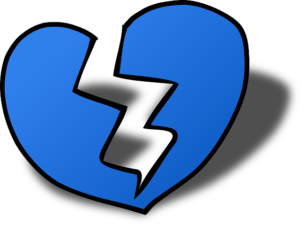 Intermittent Reinforcement is the most powerful motivator and manipulation tactic. In an abusive relationship, the abuser will mix episodes of “love” in the mix of the abuse. The victim is so worn down and starved of affection, that by the time they receive the scrap of “love”, it feels like a nirvana. This feeling is created by the release of dopamine. The victim then associates the abuser with this feeling of relief from their pain (even though the abuser caused the pain in the first place).  We desperately hang on to the hope of the narcissist’s promise that he or she is a reformed character. This causes a “trauma bond”, which is a very strong sense of bonding with the abuser. This occurs BECAUSE of the abuse, rather than IN SPITE of it. By leaving such a relationship, the physical body is forced to go into withdrawal, just as a drug addict does when they come off drugs.

Hopefully by understanding that such a powerful force is at play will help you to understand and make sense of your feelings and what is going on. Also I found this knowledge to be helpful in building compassion for myself – an essential part of healing.

Intermittent Reinforcement is a serious threat to your health and wellbeing. As we saw above, it led the rats to completely neglect their own self care. These patterns will leave you feeling confused and unable to make sense of anything (because the behaviour does not make sense – it is illogical). 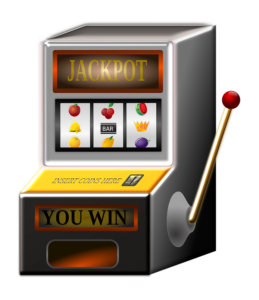 Intermittent Reinforcement also explains why No Contact is important (when it is possible to do so).  For a narcissist, the “relationship” is never really over from their perspective. They will keep coming back to you as long as they need their drug (narcissistic supply).

A behaviour, such as checking emails, is another example of Intermittent Reinforcement. We are rewarded with an email at inconsistent and unpredictable intervals. The occasions when we receive a reward make up for the times when we check the emails with no reward.

There are many other examples of Intermittent Reinforcement, such as gambling and slot machines. It also explains why, if you give in to a nagging child once, then the child will continue to nag and push your boundaries. They will learn that after a certain amount of time that they will get what they want. This is one reason behind why some children are labelled as “spoiled”.

How do you know when you are being subjected to Intermittent Reinforcement?

Will a partner who is treating me in this way ever change?

There are other, non-personality disordered people, who have insecure attachments. For example, someone with an avoidant attachment style may pull away due to an underlying fear of intimacy. This type of person would need to be willing to work with their partner to form more consistent patterns. They would need to process the underlying feelings and beliefs that come up when they feel like pulling away.

How do you take back your power?

If you would like to learn more about Intermittent Reinforcement, there is a video on this topic on the Feeling is Healing YouTube channel. The link to the channel is below.

If you have been affected by Intermittent Reinforcement and you are looking for support to overcome a toxic trauma bond to someone, you can either contact me or book an appointment.