The Western medical system was set up to deal with acute accidents, infections and injuries.  Western medicine has some incredible, life changing procedures, such as kidney transplants and heart valve replacements. However it was not designed to deal with the chronic diseases such as autoimmune diseases, rheumatoid arthritis, fibromyalgia, psoriasis, migraines, asthma, cancer and most mental “disorders” that millions of people in our modern society are suffering from.

I believe an integrated lifestyle / functional medical approach is needed. It’s interesting to read studies of the characteristics of people who have gone into spontaneous remission from diseases. For most of them it has involved some kind of change in their lifestyle and their attitude and approach to life. Furthermore studies have shown that those who take an active role in their healing are more likely to recover.

It was renowned psychologist and psychoanalyst Alice Miller who said “The body never lies”. Trauma gets lodged in our cells if it is not dissipated properly.  I believe that physical symptoms are signals from our bodies that are trying to alert us to something. The body whispers at first. If we ignore the whispers, then it starts to scream at us, louder and louder, until it gets our attention.

Symptoms may show up emotionally at first. However, as modern society often teaches us to suppress our emotions and prioritises short term productivity, we may not notice the signals that our emotions are providing. Therefore the symptoms may then show up physically in a more forceful attempt to get our attention.

As a teenager I experienced some health issues that persisted despite any interventions, namely pharmaceuticals, that the medical system was able to offer. These symptoms persisted until I started counselling in my early twenties for seemingly unrelated issues. I sensed something shift in my body when I was able to express things that I had been suppressing for years. My symptoms appeared to resolve overnight.

Another example is when people experience jaw and dental issues. We know that part of the “fight” response to a threat can involve screaming, shouting, snarling, growling or biting. This response is often thwarted in modern society due to societal norms. People who have this survival energy stuck in their bodies often exhibit symptoms such as grinding of teeth, clenched jaw, jaw pain, mouth breathing (when we feel threatened we tend to breath through the mouth rather than the nose in order to take in extra air to prepare for the fight or flight responses) and can even develop sleep apnoea if the symptoms persist. 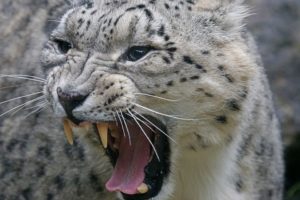 The work of physicians and scientists such as Dr. Bruce Lipton and Dr. Gabor Mate is creating greater awareness of this area of medicine. Dr. Gabor Mate speaks about how the research that is publicised to doctors is filtered by the pharmaceutical industry who funds the research. Some diseases, such as asthma, and other autoimmune diseases (where inflammation causes the body to attack itself) are actually treated with stress hormones.

Our immune systems have been described as the second brain. We cannot suppress our emotions, such as anger, without also suppressing our immune systems. Dr. Mate gives the example of George Harrison of the Beatles, who died of a brain tumour. George was known as the quiet Beatle, the “nice” one. He was actually a great songwriter. However you would never know it, because he let the others shine. He was selfless and didn’t speak up for himself and his own needs. When George got married, he said to his mother, “Don’t worry, I will still be able to visit you”, as though he was apologising for getting married. We all make many cancer cells every day. However a healthy body and a healthy immune system will deal with these. A system under stress, on the other hand, does not have the capacity to fight these toxic cells.

Dr. Bruce Lipton speaks about epigenetics – how our genes are affected by our environment. The actual percentage of diseases that are completely genetically determined, such as haemophilia and Tay-Sachs disease, is miniscule. He talks about the placebo effect, as well as the nocebo effect – when we believe that something will not work, then it is less likely to work. Many people dismiss the placebo effect – “Oh, that was JUST the placebo effect”.  It’s actually of huge significance.  In many clinical trials, the success rate of the placebo is as high as around 70-80%. This is often no different to the success rate of the actual drug. Chronic pain is one thing that responds incredibly well to a placebo.

Dr. Peter Levine – the founder of Somatic Experiencing, which works on healing the dysregulation of the nervous system caused by trauma.

An offshoot of Somatic Experiencing is Somatic Practice, by Kathy Kain. This has a greater focus on developmental trauma and trauma that occurred prior to a child being able to verbalise.