Humans are unique among the animal species in that we are dependent upon our caregivers for many years at the start of our lives. Other animals become independent much sooner. So why is this? As our ancestors were roaming around the savanna, we became upright. As a result of this, the female pelvis became smaller so that we could balance. At the same time, the baby’s head was becoming larger to deal with the complexities of living. This meant that there had to be a compromise. Therefore babies are effectively born premature so that the baby’s head can fit through the pelvis.

When we are born, part of our nervous system has not yet been developed. Babies have the dorsal vagal system, which means they are very good at eating, drinking, peeing, poohing and sleeping. However the ventral vagal system, known as the “social engagement system” (Stephen Porges’ Polyvagal Theory 1994) has not yet been developed when babies are born. The ventral vagal system (linked to brainstem areas that regulate the muscles of the face and head – hearing, vocal intonation, eating, speaking, smiling) is responsible for social interaction and emotional connection. Babies are not born with the ability to self-soothe and to bring their heart rate down. They need an adult to teach them this via co-regulation. Therefore it is so important to interact with babies, by talking, smiling, holding them etc., in order for their nervous systems to develop properly. 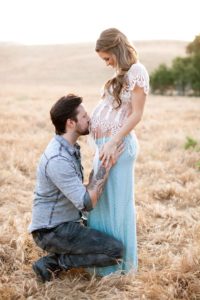 This dependency on our caregivers means that this relationship is critically important for our survival. It also means that there are great problems when there is dysfunction in the caregiver – child relationship.

It is very typical for an abused child to suffer extreme feelings of toxic shame.  Healthy shame, in contrast, (otherwise known as guilt), functions to alert us to the fact that we have crossed an internal boundary of what we feel is appropriate behaviour. Its function is to preserve the connection that we have to others in our lives (connection is an essential human need). Toxic shame, on the other hand, may occur when we have not even done anything “wrong”.

Children have an inbuilt sense of injustice and instinctively know what is right and wrong. A child’s natural response to a threat, such as being abused by its caretakers, would be to fight back or run away (flee). However, neither of these responses is available to the child, since to do either of these would mean to lose the care of the caretakers, which would mean death to the child. Therefore the child will typically express the ‘freeze’ response to the threat. This means their physiology will shut down (also known as immobilisation) and they will dissociate from their feelings in order to survive the traumatic event (many victims of sexual abuse report feeling dissociated from their bodies during the event – this is an adaptive response since to fight back could have made the situation more dangerous). N.B. The physiological response to threat and the ‘choice’ of the freeze response is automatic. The response is down to the autonomic nervous system, over which we have no cognitive control. Knowing this can help victims who may be blaming themselves for not having responded differently.

The shame state is one example of a physiological freeze response.  To believe that one’s caregivers are unsafe and cannot be trusted is terrifying for a child. On the other hand, if the child blames themselves and sees him or herself as ‘bad’, then the child perceives a sense of control over the situation. In the child’s mind he believes that if only he can find a way to make his caregivers love him, then maybe he could finally get the safety and security and love that he so desperately needs.

So we can see how a child absorbing the shame from his caregivers is an adaptive survival response during childhood, while we are dependent on our caregivers. We can celebrate our bodies for how they reacted, because reacting in this way kept us alive.

However these responses are no longer useful once we reach adulthood. Someone who blames themselves for everything and takes sole responsibility for a relationship working out, is likely to attract an abuser in adult life. The person is likely to be bullied and taken advantage of. They may have a tendency to go back, time and time again, to an abusive relationship, due to having taken onboard the belief that they have the power to turn an abusive person into a kind and loving one.

There are countless other behavioural responses that can develop as a response to toxic stress as a result of feeling threatened during childhood. Some are listed below:

Further insights into how our early experiences define our physical and behavioural / mental health, and even our lifespan, can be found by looking into the ACE studies (Adverse Childhood Experiences) that were carried out in the 1990s. For example, a high ACE score significantly increases the risk of 7 out of 10 of the leading causes of death in the US.