The social engagement system supplies muscles of the face and head. It is involved in smiling, listening, chewing, moving the mouth, intonation of the voice. For example, if you are relaxed and focused on someone with eye contact and are smiling at them, this will engage the muscles of the middle ear. This will enable you to tune into what they are saying and to hear them better by blocking off from the ambient sounds. It’s no coincidence that we find chewing to be comforting and much of our social interaction revolves around eating and drinking.

This social engagement system is the newest part of our autonomic nervous system. Other animals have it too. For example, you may see two dogs play-fighting. If one accidentally nips the other, you will see them make eye contact to show each other that they were just playing and did not mean to cause harm. 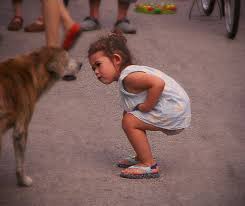 The autonomic nervous is constantly monitoring our environment in the background in our subconscious. Its function is to keep us safe by evaluating risk. It is continuously pushing us into bodily responses over which we have no cognitive control. Have you noticed how when something moves in the corner of your eye, you automatically turn to see what it is, even if there is no danger there? Porges realised that these different circuits of the nervous system are engaged in a hierarchical manner when we are faced with a threat, from the newest to the oldest part.

The way to get out of a freeze state is by engaging with friendly animals to stimulate our social engagement system to come back online. Pets can be great for helping with this.  By playing with another person, we can mobilise the sympathetic nervous system to get out of the freeze state, while also downregulating the sympathetic excitation using the social engagament system. 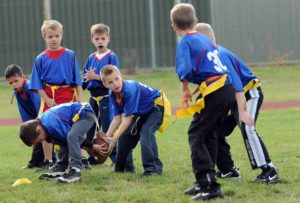 This type of play is seen in team sports. For example, dancing involves face to face interactions and eye contact with the partner. Or if we accidentally hit someone in a game such as football, we make eye contact with them and apologise to show that the intent was not an aggressive one.

So we can see how when social interactions break down, especially in early life, this can lead to many problems. When we don’t feel safety within our bodies, we have to rely on the fight, flight and freeze responses.  This can lead to behavioural issues, as well as physical ill health.  Adrenaline is supposed to be used to deal with short term threats, such as an attack by a bear. The body is then supposed to go back to a restful state once the threat has gone. However if adrenaline is released over a long period of time, such as when living with an abuser, the adrenal glands can no longer cope. Cortisol is then released into the bloodstream, as its effects are longer lasting. Cortisol itself causes many health problems.