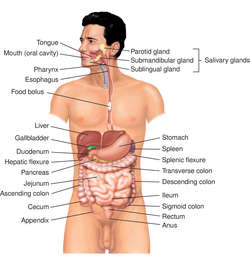 When we are troubled by an emotion, we need to ‘digest’ it in the same way that we would digest our food.

We acknowledge the presence of the emotion. Next we work out what the emotion is trying to tell us. Journalling may help here.

Here’s an example: The other day I was feeling relaxed and at peace. By the end of the afternoon, my serenity had gone completely. I left work and went to the supermarket. While at the supermarket, I felt BAD. I felt fearful, as though I was about to be punished somehow by the universe for being BAD.

What had happened between the morning and the afternoon for my mood to switch so drastically?

In fact the feeling of irritability was a signal from my body that was trying to make me aware that I was being pushed around.  My feelings were telling me to question the colleague who had left the work. However my thinking mind kicked in and told me that I would not look like a good worker if I spoke up.  The irritability increased to anger over the course of the day and I had no outlet for it.

The end result was that I had turned it in against myself and was now in the supermarket, carrying the feeling that I deserved to be punished. Once I recognised this, I was able to realise that I was automatically replaying a childhood pattern. As children, we have an innate sense of injustice. If I ever dared to speak up to my primary caregivers against a perceived injustice as a child, I was punished.

Being able to recognise that my present reaction and behaviour was a survival pattern that I no longer needed, I was then able to relieve myself of the feeling that I deserved punishment. The emotion of fear was then able to leave my body and I could relax.

This is where getting in touch with our inner child helps. Instead of berating myself for how I had failed to speak up and deal with the situation at work, I could take a self compassionate approach. I saw it as a learning opportunity, which had been sent to me, to help me clear the childhood wounds that have been causing me pain. Next time a situation like this occurs and the same feeling of irritability and injustice comes up, I will be able to recognise that I have choices in how I respond. I can analyse the situation and work out what the best course of action is for me to take. This will be a way for me to regain the innate power within myself. 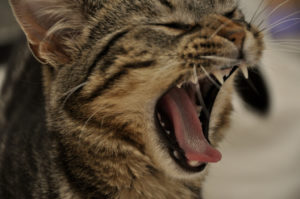 I got the idea of ‘Fierce Allegiance’ from Pete Walker’s book, Complex PTSD: From Surviving to Thriving. He makes the point that we have been conditioned to attack so many normal parts of ourselves that we need to develop a fierce commitment to self-champion ourselves. This serves as a good reminder to gives ourselves permission to take care of our own needs. If we have been brought up in an environment where we were not ‘seen’, then we are likely to ignore our own needs.

This is a great lesson that comes out of narcissistic abuse. We learn the profound truth that it is not “selfish” to take care of our own needs – in fact we display “self-responsibility” in doing so. Narcissistic abuse is a massive wake up call, showing us that expecting someone else to meet our needs and waiting for that to happen, does not produce good results in our lives. 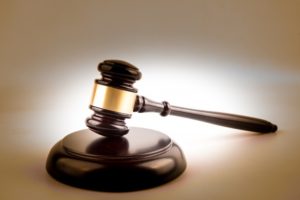 A key factor why narcissistic abuse can be so devastating is because it is so insidious. The abusers are likely to have brainwashed us through gaslighting with the belief that it is wrong to “judge” others. However we do need to be able to “discern” the character of another person in order to protect ourselves and keep ourselves safe.

If you have been in an abusive relationship with someone who has narcissistic personality disorder, you will know the feelings of isolation, desperation, despair, confusion, frustration, coupled with feelings of low self worth and feeling misunderstood. You will also likely have felt that there must be something wrong with you and that you are losing your mind.

We must be able to name abuse and to call it out for what it is. Anyone who is unable to acknowledge that they have been abused will be a ticking time bomb, constantly trying to repress anger and rage.

Assessing when someone is not trustworthy allows us to set the appropriate boundaries that we need in order to feel safe.

I saw a programme on the BBC recently about stress in modern society. The part that most stood out to me was a group of school children sitting around with their eyes closed, taking part in a mindfulness session.  This might help with the symptoms of stress, but I don’t see it tackling the core root of the stress that we experience in this society. 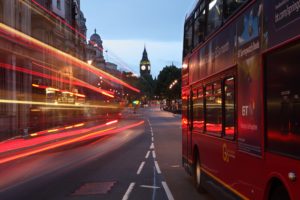 As humans we are pack animals. We are designed to live and to work together and to support each other. We cannot survive without other people. Imagine everything that you do from the moment that you wake up. How have others contributed to this? For example, someone will have constructed your bed, delivered your furniture etc.

In modern Western society, and in particular in London, the sense of community and belonging appears to have rapidly disintegrated.

The result is a culture in which the people who we pass and bump into each day are strangers. My grandad used to talk passionately about he and my grannie used to walk along the local high street and they would know every person who they bumped into and they were able to stop and have a chat.

This lack of community leads to a feeling of distrust among people and a culture of feeling unsafe and at dis-ease.  We feel separated from others. If we live in an area that feels safe, we may be in a constant state of hypervigilance. This means that we are in resistance to our environment and this leads us to want to try and exert control over our environment. This is what leads to much of the stress that we feel on a day to day basis.

From personal experience, I have put a lot of effort into trying to analyse how to make people treat me better and to try to cognitively alter my behaviour in such a way so that I do not suffer abuse. However I have found this not to bear very good results! Human interactions are energetic and the forces at play are normally stronger than what the mind can control with its rationalisations. What HAS worked has been to simply trust myself and my innate instincts. If something does happen to go wrong then I can use it as a learning experience.

Psychological abuse damages the sense of trust that we have within ourselves. By learning to trust ourselves, we can start to feel safer in our bodies and create a sense of inner peace.

Narcissistic relationships can be very difficult to leave due to factors such as trauma bonding.  Here are three powerful ways to reframe the relationship in order to break free:

Once you have decided to leave, it becomes really important to work through your triggers so that you can break free from the ties that keep you bonded to this person.

What helped you to move on from a narcissist? It would be great to hear your comments below.